John Smith is a CEO of JJ Electronics. His company is a monopolist in producing parts for standard cassette and tape recorders. Smith was afraid observing a digital technology revolution which hit the market of compact disc players, and he had to solve the problem whether to lead JJ into the digital age.

From the one hand, digital tape players had legal obstacles in the American market, on the other hand Japanese and European market stared to growth.

The whole JJ Electronics team was involved in solving the problem. Firstly, Smith met with the company’s marketing department. Some of people forecasted that every audio element would be digital by the end of the century. In turn, others believed the fame of even compact disc players will be a thing of the past. Everyone agreed that company will need in depth market research included: conducting surveys, gathering data, and finding out what kind of products are really desired and what kind of price is acceptable for target group.

In turn, staff from research and development had a completely different approach. They were exhausted of making small improvements in products. They had been reading technical material about digital tape. In their opinion it is an exciting new technology that would give a chance for dynamic development. Time was the crucial factor. If JJ Electronics was to become an significant supplier of fragments for the new sundecks, it had to have the machineries ready.

A meeting of the CEo’s produced a scenario with which Smith was all too familiar. Previously, these executives had revealed that they could not claim one another, but they had faith in their staffs’ abilities to succeed where they had failed. Before Smith even came into the room, he knew what kind of recommendations he would get: to make a committee of representatives from each department and let them thoroughly explore all features of the choice.

Intellectually, Smith thought he was right. The previous thirty years had revealed that Americans had an greedy appetite for electronic devices. Quadraphonic sound and video discs were the only exclusions he could imagine of to the regulation that if someone created an enhanced way of duplicating images or sound, someone else would want to buy it.

But naturally, Smith was not so sure. He had a bad feeling about this new technology. He supposed the record firms, which had misplaced the battle to tape producers, might become collected with compact disc producers and audio device manufacturers to break the digital technology from inflowing the American market. So far, no American corporation had capitalized significantly in the technology, so no one had an curiosity in funding the legal fight to eliminate the fences to the new machines. 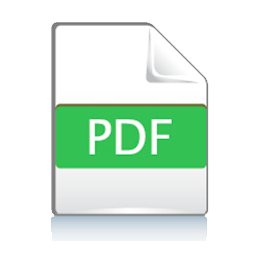